What are the key features of this change

Added the possibility to click on a button to either edit an army that is imported or creating a new army. Both of these options transfers the user to a new page. This new page is a different fxml file with another controller. Methods in both controllers makes sure to edit the correct and selected army. In addition have small changes to almost every class been made to make sure this implementation works. The EditArmyController gives the user the possibility to change the army's name and units. In addition, it is possible to write to CSV from here. Changes can be canceled or commited. The army class has changed it's arraylist of units to an observable list to automatically update the listviews. UnitTypes has been added to easily and dynamically create new units. Tests for this have been added. Adding images have been improved with better exception handling. Tests for deep copying units have been added. 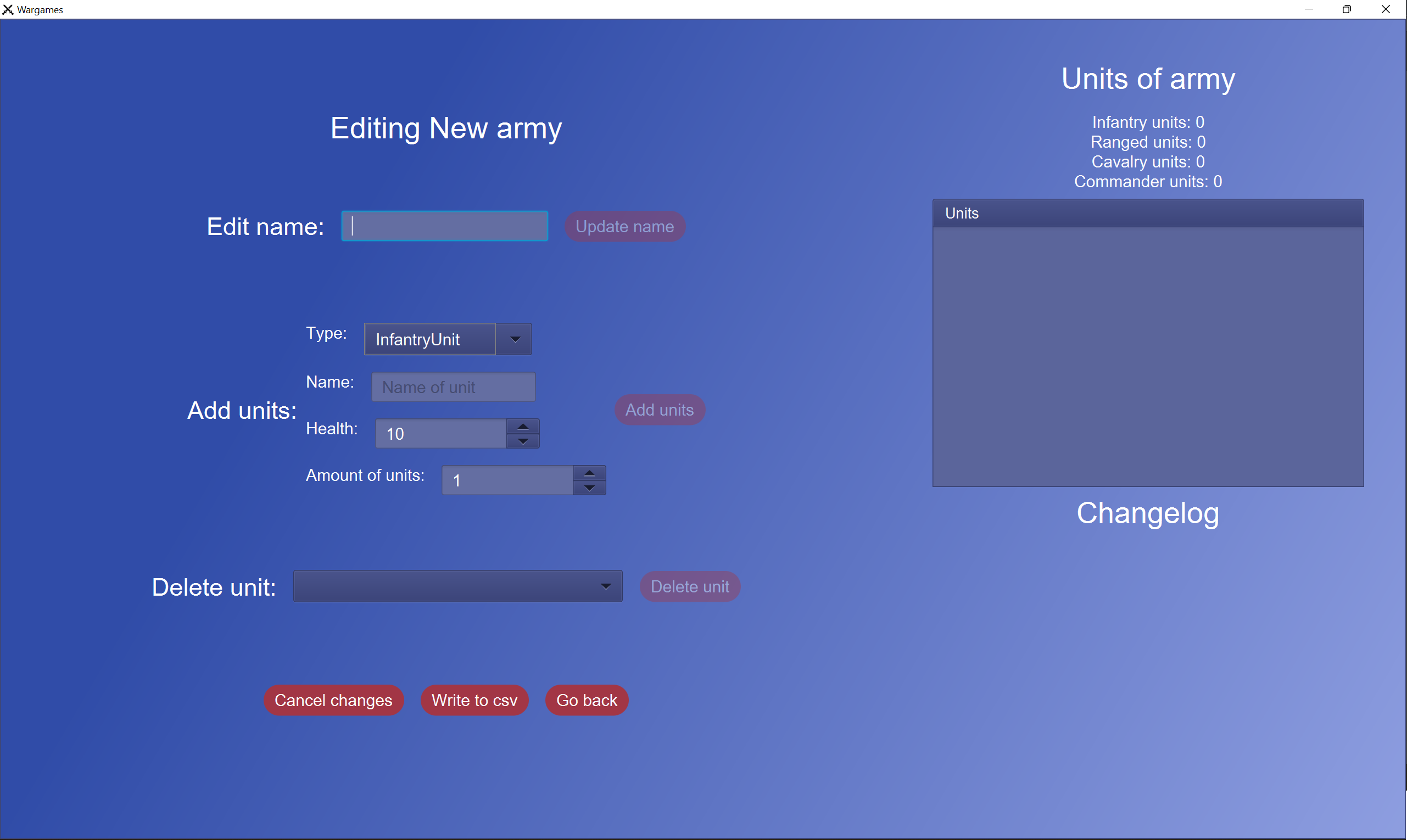